The elastic bounds of forgiveness at the holidays…

My boss, Harry Matheu, commented on Friday that normal social conventions (and, for that matter, driving rules) all seem to be suspended during the holiday season. To this point, specifically; that otherwise unforgivable acts of rudeness / sullenness / mania are sort of accepted as a matter of course by members of your family that would otherwise most certainly call your $#!t out… We believe that this has to do with the way our culture accepts, subconsciously, the incredible stress that happens (as a matter of course) at the holidays.

In traditional Dalley family fashion, we have decided to test the relaxation of these rules, pushing the “how rude/intense can you be to your family” by doubling down on the ambient stress level at our house by adding this trip to France during the holiday season. No-one has quite reached the Clark Grizwold “Fixed The Newel Post!” level of insanity, YET, but it’s gotta be coming. 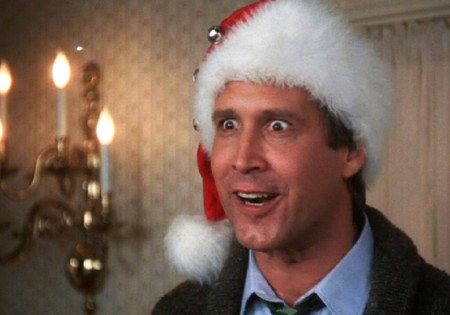 I think getting ONE suitcase out & open– maybe even putting an item or two in it– may de-escalate the situation somewhat. 😳 What we’re working with in the interim is a heady mix of people loudly declaiming what they need / what they’re hungry for / what they  WANT TO DO… mostly over the top of others busily shouting similar things. Cacophony. The kids are also attempting to do some of their independent study homework before they go (which is an awesome idea)– only less awesome, in practice, as there’s a continuous barrage of questions regarding the finer points of said homework. All of which will be fine, I’m sure, as long as we get to the airport.

Filed under Getting Ready, Leaving for Paris

One response to “The elastic bounds of forgiveness at the holidays…”