Pictures taken while ice skating at Grand Palais des Champs-Élysées— which, evidently, houses the largest public skating rink in Europe over the holidays. 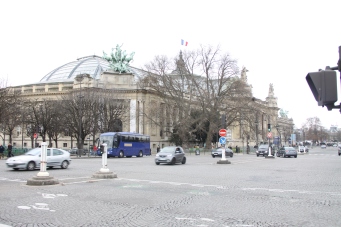 We went with our friends Amy, David, and Adele, who happen to be visiting at the same time– we actually flew over on the same flight! Photos in the next section, taken in “Polaroid” format were taken by Finley & Sawyer– Papa Noël brought them Instax cameras in their shoes on Christmas morning! 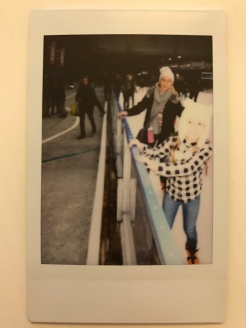 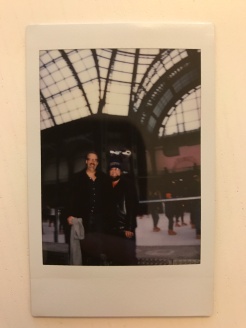 After skating, we headed back to our “appartement” for a Christmas dinner with our friends. We had a big spread (pictured below) that included a delicious pâté that sadly had needed to be re-purchased at a Christmas Market immediately following skating… David and I were both surprised by the security precautions at The Grand Palais.

From the Grand Palais website, seen AFTER THE FACT, (and in a wonderful quasi-translation): “According to the Vigipirate plan, [ED: I have no idea who/what they are, but I am afeared of the Vigipirates] alert level attacks and enhanced vigilance, and in order to ensure the safety of visitors, the Grand Palais applies the preventive measures decided by the government for public administrations. The Grand Palais is open under the usual conditions but access is forbidden to all suitcases, travel bags and backpacks larger than A3 size. No liquids, foods, or eatables allowed.”

David lost the fois gras he had packed in his bag (and, trés mal, a bottle of wine!), I had my beloved locking-blade Swiss Army knife confiscated (my other pocket tool was packed in my bag– they missed it, but could have taken it, too!) After skating, we returned to the gendarmerie at the security checkpoint, and I asked for “mon couteau de poche rouge”; against all odds, the gendarme who had confiscated it was there, and gave it back! After 19 years daily of EDC, I’ll be leaving both at the flat in the future. 😳! 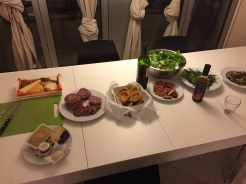 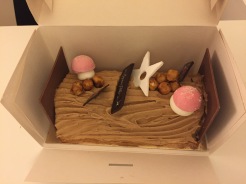 The second picture is of our Bûche de Noël— a traditional Christmas cake. Ours was praline flavored, which I was assured at the patisserie was “tres traditionelle.” It was certainly delicious, and CERTAINLY sweet!

One response to “Photo Essay: Skating At The Grand Palais”