Well, it’s true. Virginia shouldn’t be kept in the dark.

“We’re heading back to France for a month this winter; we’ll spend Christmas in the Dordogne and ring in the new year in Paris. Our collective new year’s resolution is to not lose any kids on the Metro this year.”

I figured she’s better at the brevity than I am, so I’d just totally copy & paste… However, you should know that it really IS a resolution not to lose anyone on the Métro this year… if you haven’t heard (or read) the story, you should check it out here.

It’s kind of Lana to act like it’s “OUR” resolution, but… really, it’s on my behalf. She didn’t lose anybody on the subway. I’m pretty much the only one round here who did.

The kindness of extending it to “our” is pretty exceptional, really– unless what she actually means is “I’m gonna kill that son-of-a-grawlix if he loses another one of OUR kids on the subway.”

It’s a pretty significant test of your relationship when you answer the phone to the question, “Where ARE you guys?” and answer, “So! Uhhhh– Crazy thing happened… Lost one of the kids on the subway! Heh! …NOT kidding, no, but, uhhhh, don’t worry! I’m looking right at her, right now!”

It coulda gone a BUNCH of different ways, that paticular convo. Fortunately, I am lucky enough to have a kind partner, who didn’t dial in a tactical nuke based on my phone coordinates.

(And, EQUALLY FORTUNATELY, I had left the flat an hour earlier than we had planned together, giving me an extra hour to scour the subway with a depth and complexity of panic I had not previously known, which resulted in almost totally finding our child before said phone call took place.)

And, before you ask (if you’re not reading the old post), YES, we had a plan for what would happen if we got separated. That plan had a few holes, it would seem… like, say, not anticipating Sawyer would ever be by herself, just sort of assuming that she would always be in AT LEAST pair of kids. (We’ve got so many– what were the odds she’d be alone?) Also, we assumed the plan of “get off at the next stop, and wait for us to come find you” would allow for the reaction time of the kids involved– which it did not. She didn’t manage to get off until FOUR stations after. We ALSO didn’t consider that the now-it’s-swiss-cheese plan would come into conflict with another age-old rule in our family– “don’t get into a car with a stranger.” This, of course, ultimately prevented Sawyer from getting back ON the subway with the RATP guards, who were trying to return her to Bastille to meet us. I am proud of her hewing to the rule, even if that behavior (you know, paying attention to oft-repeated rules) is the exception, not the… not the… well, you know. Rule.

We have since evolved some new plans.

First, a new use for the packs of carte-de-visite that I had created for the kids (mostly so they could give their names / contact info to other kids they might want to be pen-pals with). Now, the kids will travel with these in their pockets, so that– should the implausible happen, and we get separated again– they can find someone trustworthy (think “police,” or “parent with a kid,” or “conductor”), and hand over the card for instant-ish communication.

Also, I believe the “travel in pairs” system will become more formalized, with Eli and Sawyer being “locked in” as a “team” with “#squadgoals” of “NOT GETTING LOST.”

Finally, I have purchased a second-hand “Digital Angel” microchip implanter, with which I plan to chip

All FOUR of our children!

Actually, no. BUT THAT’S A GOOD IDEA.

During this trip, we hope to see Franck Parisot, the man who (along with his daughter) accompanied us through the Métro & opened linguistic doors for us each time my pitiful command of French stymied the process of reuniting with Sawyer. He was so helpful; he lost a chunk of his day to a crazed American with a passel of kids running like OJ-with-a-stroller through the cheerfully tiled bowels of Paris, and he never said an unkind word, OR acted judgey about a man CLEARLY incapable of a professional job of parenting on THIS (or, perhaps, ANY) particular day.

All of that to say– WATCH THIS SPACE. Tell your friends about dalleyfamily.blog! We should be posting from the Dordogne shortly! Hopefully, this finds you well, and excited about the holidays stretching out before us; perhaps we can bring some entertainment to your time off (if you’re lucky enough to get some)! 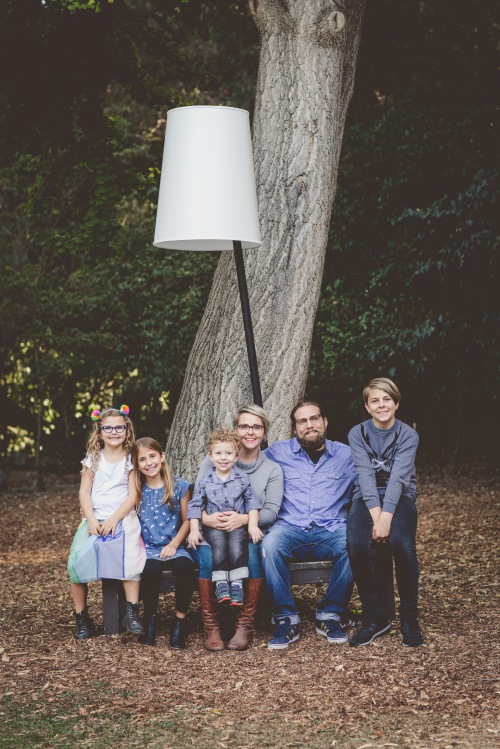 Filed under Getting Ready, In America, Leaving for Paris, With Pictures!